A new core of academic buildings at the Fremont Campus will house most of the educational offerings at Ohlone.  As a result of the 2012 District Facilities Master Plan it was identified that many of the existing buildings are needed to be replaced and allow the campus to become more accessible to students as well as meeting current codes and energy efficiencies.  Academic programs that will be included in the new buildings include Science, Arts, General Education (Math, English, etc.) and Learning Resources (Tutoring, Library, Study areas, etc.)  The new core buildings will replace existing buildings 1, 2, 3, 4 & 8.

Demolition of the existing structures was completed in 2015 to make way for the new Academic Core buildings.  The State Architect’s office has approved the design for construction and procurement of a general contractor is in process.  Construction began in June of 2016. 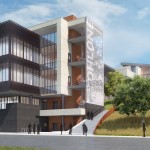 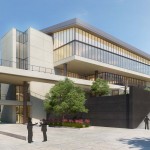 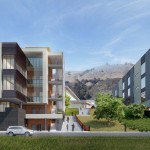 The Ohlone College Citizens’ Bond Oversight Committee is responsible for both Measures A & G, and meets on a quarterly basis.